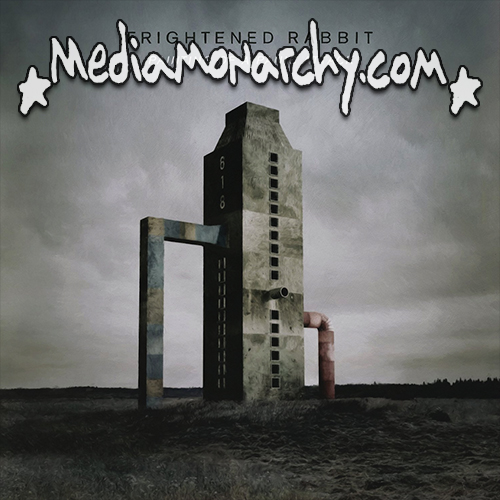 @PumpUpThaVolume: Episode196 – Get Out 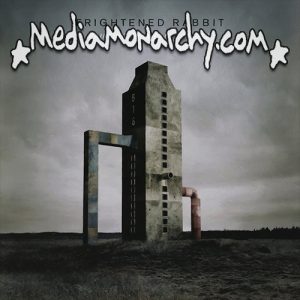 Relick
"I Wouldn't Lie To You"
'Twin House' EP
self-released, 2016
Notes: "Relick’s electrifying sound as a retro-indie rock band from Denton, Texas has prompted comparisons to The Strokes, Jenny Lewis and The Beatles. The band’s journey began in early 2014... the brainchild of Nicholson and Hibbard, who record in their downtown Denton, TX. recording studio. Their debut EP Twin House full of enough moody guitar-driven vibes to fill a full length..."
(@Relick_Band)

Frightened Rabbit
"Get Out"
'Painting Of A Panic Attack'
Canvasback/Atlantic, 2016
Notes: "Over the course of [Scottish band] Frightened Rabbit’s decade long career, Scott Hutchinson has unfailingly captured this familiar cycle [of the "pains of love lost"]. Frightened Rabbit began as a sort of solo project...until the five-piece switched things up by making their fourth album, 2013’s Pedestrian Verse, more of a collaborative effort. They continued this method with their new album, Painting of a Panic Attack, due out on April 8. The second single from Painting, “Get Out” speaks to the great frustration of a lingering love that you just can’t shake." We heard a song from Frightened Rabbit's 2013 record way back on Episode033.
(@FRabbits)

Phil Cook
"1922"
'Southland Mission'
Middle West, 2016
Notes: "“Southland Mission” is a fine blend of folk, blues and gospel enriched by the soulful spirit and musicality of its creator, one of the most compelling artists in the folk and Americana scenes, Phil Cook. Cook has always been a hugely collaborative artist, crafting inspiring music with Justin Vernon in their Wisconsin band DeYarmond Edison, with his brother Brad and Joe Westerlund in the adventurous Megafaun, and again with Vernon in The Shouting Matches. He has also done recording and producing work for Hiss Golden Messenger, Charlie Parr and The Blind Boys of Alabama."
(@PhilCooksFeat)

Iggy Pop
"Break Into Your Heart"
'Post Pop Depression'
Loma Vista/Concord, 2016
Notes: "[In January] Iggy Pop and Josh Homme revealed they had secretly recorded an album together... Homme admitted Pop's solo LPs The Idiot and Lust for Life inspired him to break from Kyuss, and on the smoky, enchanting "Break Into Your Heart," the duo tap into that vintage Pop sound, recalling Berlin-era classics like "Baby" and "Dum Dum Boys.""
(@IggyPop)

Polecat
"Christine"
'Into The Wind'
self-released, 2016
Notes: "MAGNET teased [Bellingham, WA band] Polecat’s recently released LP Into The Wind with “In The Cold” a few weeks back. But we weren’t about to let you forget about the band... “Christine” shows the band flexing its muscles a little more, with some extended instrumental portions featuring lively guitar and fiddle solos."
(@PolecatBand)

@PumpUpThaVolume: Episode196 – Get Out