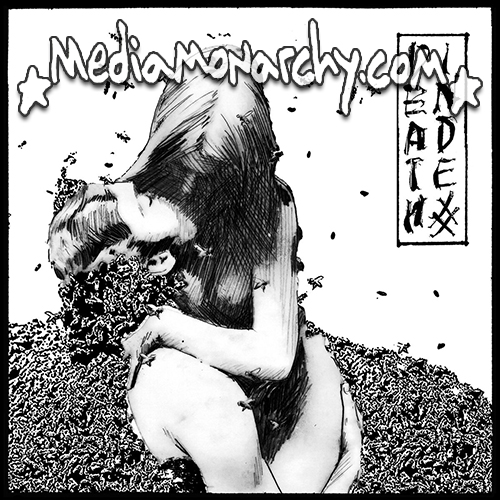 Previous: Episode197 - Over It

Coldair
"Pretty Mind"
'The Provider'
Twelves, 2016
Notes: "There aren’t many artists coming out of Warsaw who show up on American radars, but after releasing two critically acclaimed albums abroad, Tobiasz Bilinski, better known as Coldair, signed a distribution deal with local label Sub Pop. This past winter, they released to the States The Provider, Coldair’s sharpest album yet, a smart, cleverly crafted LP that poses two distinct genres against each other in a beautiful counterplay as melodically rich instrumentation and songwriting clash with digitally crisp synths and drum machines. It’s rare to find trombone balanced atop mechanically cold 808s, but Bilinski’s meticulously prepared pieces serve as the perfect canvases for his oft-heartbreaking lyrics, all sung in melancholy harmonies so pretty they mask the bleakness of their content."
(@ColdairMusic)

Rae Okino
"Game Changer" (w/Lafa Taylor)
'Valentines Day'
self-released, 2016
Notes: "Rae Okino is hot on the heels of the release of new record Valentine’s Day, and today we’re featuring her track “Game Changer” to get you just as excited as we are. “Game Changer” establishes Okino as a talented producer and vocalist, sporting a full-sounding electronic soundscape and a distinct and memorable hook."
(@RaeOkino)

Death Index
"Dream Machine"
'Death Index'
Deathwish Inc., 2016
Notes: "Death Index’s bleak, grinding stomp bears little semblance to frontman Carson Cox’s work in Merchandise, ranging from hardcore fury to drawn-out drones. The project comprises the Florida musician and Italian lifer Marco Rapisarda, who provides instrumentation behind Cox’s vocals on their self-titled debut, which was recorded and written in Italy, Germany and Florida across 2015 before finding release earlier this year. Depending on how you feel about machine gun drums and sludgy punk chords, “Dream Machine” is either the stuff of fantasies or nightmares. Cox’s woozy croon is no longer a wafting stroke across glittery, gauzy guitars, but a haunting bellow, the only element of the song that sounds remotely loose compared to Rapisarda’s militantly rigid instrumentation. It’s two minutes of hardcore punch that never hesitates to push harder until it unexpectedly fades out into nothing."
(#DeathIndex)

Wild Powwers
"Party Song"
'Hugs and Kisses and Other Things'
self-released, 2016
Notes: "Self-described “Seattle grunge babies” Wild Powwers, formerly just Powwers, specialize in the sort of carefree grunge riff-rock that gets better the dirtier it gets. Each layer of meticulously gnarly distortion, each off-kilter lyric, drenched in garage-echo reverb, is pure Pacific Northwest filth... It’s a drinking song of epic proportions, with a howling chorus of “I’m so wasted!” sang in a slurring, unmoored melody amidst a rain of cymbal crashes that sound like breaking bottles, a shredding guitar solo sure to set off the OCD of a dweeby perfectionist somewhere, and a driving bass that sounds like ripping metal and moves along like a very fast bulldozer."
(@WildPowwers)