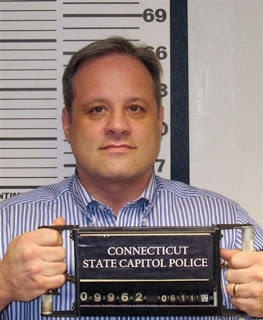 as the stakes get higher, we must expose that much of this 'homegrown errorism' that's being hyped is fed by the feds. classic cointelpro, something the 'left' only fights against when their puppet isn't in power...

from kurt nimmo: In a lame attempt to save his hide and stay out of prison for allegedly threatening to kill federal judges, the racist talk show host Hal Turner has admitted in court that he is an FBI informant, the Chicago Breaking News Center reports today.

Alex Jones and others have argued for some time that the white supremacist from North Bergen, New Jersey, is an FBI informant.

Assistant U.S. Atty. William Hogan tried to dismiss Turner’s admission. “Hogan said Turner may have had some contact with the FBI as an informant but that it was quite some time ago,” reports Jeff Coen. Recent evidence, however, reveals that Turner has continued his relationship with the feds.

Documentation emerged in 2008 exposing Turner as an FBI operative. “Hal Turner, rising in fame as the most blatant hate talk radio host, self-proclaimed neo-nazi, antisemite, racist who hinted at the need to eradicate Jews — turns out to have been fronting a typical FBI COINTELPRO sting operation,” writes Richard Evans. Hackers managed to gain access to his forum server and revealed correspondence with an FBI agent who was apparently Turner’s handler.

As documented by Brian Glick and others, under COINTELPRO, the FBI subsidized, armed, directed and protected the Klu Klux Klan and other racist groups, including the “Secret Army Organization” of California.

The FBI is notorious for unleashing informants and provocateurs. In 2008, it was discovered that informants working for the FBI were at the center of a supposed terror plot aimed at the Fort Dix Army base in New Jersey. One of the of the informants received nearly $240,000 in taxpayer money for his role in the operation.

In 2007, the FBI was caught manipulating seven impoverished residents of Liberty City, Florida, attempting to get them to blow up the Sears tower in Chicago. As it turns out, the supposed terror plot and the principal source of resources for the group came in the form of an FBI informant posing as an “Al Qaeda representative.” The two informants — Abbas al-Saidi and Elie Assad — earned over $130,000 for their services to the FBI.

Earlier this year, the FBI lured a gang of pathetic would-be terrorists in New York with “piles of cash and gifts and even bags of weed,” according to the New York Post. The men were later charged with plotting to blow up synagogues and military jets.

Other incidents of FBI agents provocateurs attempting to get people to engage in violent and illegal acts are legendary. The McDavid case, for instance, received attention in 2006. “In January 2006, Eric McDavid, Lauren Weiner, and Zachary Jenson were arrested in California and charged with knowingly conspiring to use fire or explosives to damage property,” writes Jennifer Van Bergen for Raw Story. It was later revealed that a paid FBI confidential informant named “Anna” had not only infiltrated peace and justice rallies and anarchist meetings, but had acted as a provocateur in the McDavid case. “McDavid’s attorney, Mark Reichel, states that Anna was always pushing McDavid to do something criminal, taught the three how to make the bombs, supervised their activities, and repeatedly threatened to leave them if they didn’t start doing ’something,’” Van Bergen writes.

It is no mistake the federal authorities arrested Turner at approximately the same time the Department of Homeland Security was coming under fire for its now infamous “rightwing extremism” report that specifically warns about violence on the part of white supremacists who are conveniently connected by the government to returning veterans, defenders of the Second Amendment, pro-life activists, and patriot groups.

It is common knowledge the FBI collaborated with Morris Dees’ Southern Poverty Law Center in a joint effort to create violent white supremacist groups where none existed before. A declassified FBI memo reveals that the SPLC had informants at Elohim City on the eve of the Oklahoma City bombing. “If I told you what we were doing there, I would have to kill you,” Dees said during a press conference.

Hal Turner, by his own courtroom admission, is a classic government patsy burned by the people he attempted to collaborate with. He will likely have a lot of time to think about the stupidity of his actions in federal prison.