from press tv: Mexican citizen groups claim the US army is recruiting illegal immigrants from Mexico to send them to the war in Iraq. According to Prensa Latina on Friday in Culiacan, the capital of the northern state Sinaloa, civil activist Ildefonso Ortiz Cabrera told reporters that US military officers use young men of Latin American origin to recruit for the wars in Afghanistan and Iraq. 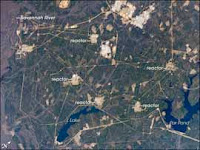 from military.com: The military is looking for a few good acres - very, very dark ones. The Army apparently has its night-vision goggles focused on the huge tract of federal land that comprises the Savannah River nuclear complex in the southwestern portion of the state. It wants to train light infantry units in battle exercises there that may include Army, Navy and Air Force Special Operations Forces. The plan was announced last month by the National Environmental Protection Act compliance officer at the Savannah River site... The exercises could involve anywhere from a handful of troops to 4,000 Soldiers from combat teams, the announcement said.

idaho police academy slogan: go out and cause ptsd

from ap: A state police academy leader has disavowed the slogan of the most recent graduating class urging one another to "go out and cause" post-traumatic stress disorder. Each class at the Idaho Police Officer Standards and Training Academy is allowed to choose a slogan that is printed on its graduation programs, and the class of 43 graduates came up with "Don't suffer from PTSD, go out and cause it."

from press tv: The US President signs a $555 billion bill to fund government operations, including the Iraq and Afghanistan wars, the White House says. The $555 billion bill for 2008 includes 70 billion dollars for the Iraq and Afghanistan wars without any timeline for troop withdrawal. The President's signature on the massive spending bill on Wednesday capped a long-running battle with the Democratic-run Congress. "The omnibus (bill) funds the government at responsible levels that the President proposed without raising taxes," White House Spokesman Scott Stanzel told reporters. "It provides a down-payment for our troops who are in harm's way without arbitrary withdrawal timelines," he added. 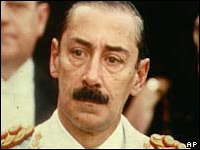