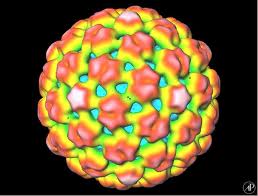 from cryptogon.com/Via: Independent Science News: In the course of analysis to identify potential allergens in GMO crops, the European Food Safety Authority (EFSA) has belatedly discovered that the most common genetic regulatory sequence in commercial GMOs also encodes a significant fragment of a viral gene (Podevin and du Jardin 2012). This finding has serious ramifications for crop biotechnology and its regulation, but possibly even greater ones for consumers and farmers. This is because there are clear indications that this viral gene (called Gene VI) might not be safe for human consumption. It also may disturb the normal functioning of crops, including their natural pest resistance.

What Podevin and du Jardin discovered is that of the 86 different transgenic events (unique insertions of foreign DNA) commercialized to-date in the United States 54 contain portions of Gene VI within them. They include any with a widely used gene regulatory sequence called the CaMV 35S promoter (from the cauliflower mosaic virus; CaMV). Among the affected transgenic events are some of the most widely grown GMOs, including Roundup Ready soybeans (40-3-2) and MON810 maize. They include the controversial NK603 maize recently reported as causing tumors in rats (Seralini et al. 2012).

The researchers themselves concluded that the presence of segments of Gene VI “might result in unintended phenotypic changes”. They reached this conclusion because similar fragments of Gene VI have already been shown to be active on their own (e.g. De Tapia et al. 1993). In other words, the EFSA researchers were unable to rule out a hazard to public health or the environment.

In general, viral genes expressed in plants raise both agronomic and human health concerns (reviewed in Latham and Wilson 2008). < target=”_blank”>This is because many viral genes function to disable their host in order to facilitate pathogen invasion. Often, this is achieved by incapacitating specific anti-pathogen defenses. Incorporating such genes could clearly lead to undesirable and unexpected outcomes in agriculture. Furthermore, viruses that infect plants are often not that different from viruses that infect humans.