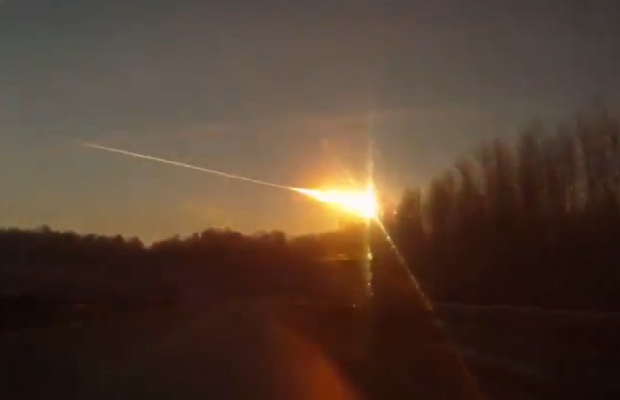 from phys.org: On February 15 2013, an asteroid exploded about 30 kilometers above Chelyabinsk, Russia. The explosion, shared on video around the world, was the Earth's second largest recorded airburst. By analyzing fragments of the meteorite that fell to Earth, Shin Ozawa at Tohoku University in Sendai, Japan and colleagues determined that the asteroid formed when a parent asteroid collided with another asteroid and then broke apart. The research appears in Scientific Reports.

When an asteroid, 17 to 20 meters in diameter, burst over the south of Chelyabinsk city, in Russia's southern Ural region, it generated shockwaves that injured more than 1000 people and damaged many buildings. Unlike many other Near Earth Objects (NEOs), the Chelyabinsk asteroid had a well-recorded trajectory, and it left fragments on the Earth. This gave scientists a unique opportunity to study its formation.