from kurt nimmo: Is John “Keating Five” McCain sincerely clueless? Or is he simply a politician playing a cynical numbers game with Iraq and thus eventually condemning to certain death more troops that should be here at home, protecting our borders?

McCain told General John Abizaid he didn’t understand why the United States cannot “control” al-Anbar province and was flummoxed the general would suggest the “mission” is to train Iraqis to fight the “insurgency,” actually a popular resistance against both occupation by foreign troops and their hand-picked Iraqi proxy.

McCain expressed frustration that said “insurgents” have taken back al-Anbar, thus demonstrating you can’t teach an old dog new tricks, or at least teach him a bit of history and the inevitability of defeat for those who invade and attempt to occupy, as the French lost Vietnam at Diem Bien Phu and the British lost Afghanistan at the Gandamak pass. In Iraq, the Brits were unable to contain continual uprisings against occupation, even though they used mustard gas, a weapon favored by Winston Churchill for the likes of “uncivilized” tribes. John McCain, the Manchurian candidate for president in 2008, does not even seem vaguely aware of such historical realities:

Next, we are told, Bush will announce a smaller number than McCain has in mind—15,000 troops, not 20,000. “Instead of a surge, it is a bump,” an anonymous person in Condi’s State Department told McClatchy Newspapers, thus reducing, to a niggling degree, the severity of “sacrifice” (when neocons and one-world types start in talking about sacrifice, it is time to head for the hills)... 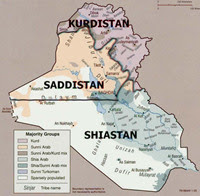 Admittedly, Bush may not know what he is doing from one moment to the next, as he is a former drunk and drug abuser, and thus a mental graveyard, but his coterie of neocons most certainly know what they are doing - coming up with excuses to send more troops into Iraq, not to win that which cannot be won, as another basket case, McCain, would have us believe, but rather to see through “mission accomplished,” the destruction and balkanization of Iraq. It’s a work in progress, with horrifying results. For instance, last weekend, a series of car bombings killed more than 70 people in Shia neighborhoods in the hours after Saddam Hussein was lynched by a gaggle of puppets installed by the neocons.

“Americans are a patient lot and likely will give Bush the time and backing he needs to take another shot at getting a U.S. policy in Iraq that works,” a scribbler over at the Associated Press avers. “And the new Democratically led Congress, which convenes on Jan. 4, probably won‘t block the commander in chief if he decides to briefly increase troop levels.”

In other words, the American people can be expected to do nothing, or nothing effective, to put an end to the carnage, never mind the increasing flights of flag-draped coffins off-loaded at Dover Air Force Base. Of course, most Americans, many unable to find Iraq on a map, don’t know a thing about the 650,000 plus Iraqis slaughtered, and even if they did a whole lot of them wouldn’t care... 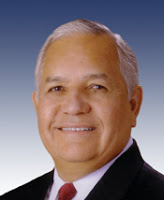 Of course, we can’t expect Democrats—now taking up their places in the Great Corporate and Special Interest Whorehouse on the Potomac—to consider such nuances, as some of them, for instance Silvestre Reyes, the incoming chairman of the House of Representatives’ Permanent Select Committee on Intelligence, can’t be bothered to tell crucial differences between the Sunni and Shia.

Neocons, naturally, know the difference, and that’s why they do the things they do.

Get ready to sacrifice, indeed.