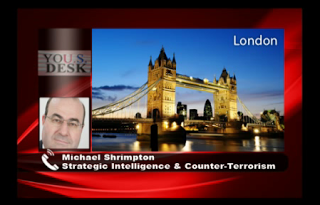 “'The Sandy Hook Elementary School shooting was the work of three. I say again three shooters. It’s possible that Adam Lanza was one of those three, although there is some doubt about that. Some people within the intelligence community don’t accept… I think he was involved,' Michael Shrimpton told Press TV’s U.S. Desk on Tuesday."

In Veteran's Today article, "Who Were the Other Shooters," Shrimpton provides more details on possible identities of foreign intelligence services in recent massacres:

"Each of those [Virginia Tech, Oslo, and Aurora] was orchestrated by a hostile intelligence agency – North Korea’s Research Department for External Intelligence (RDEI) in Virginia, Germany’s DVD in the case of Oslo and Germany’s COREA Group (the DVD’s penetration operation inside CIA, based at Frankfurt) in the case of Aurora."

Wow! The present writer entertains any scenario and foreign intelligence not far-fetched, especially, in light of how poorly official story took shape! The gun grab shortly following upon heels of Sandy Hook Massacre, suggests a false flag with government consent!

It's doubtful, we'll ever know true identities of culprits, but Shrimpton provides following food for thought:

The Germans may have been sending a message to the Administration over the stolen funds sitting in New York which are being traded to prop up the euro. There was a lot of activity around that in the run-up to the shootings. Whether Lanza’s father was in the loop on the trading, possibly in trying to stop it, could be a legitimate line of inquiry (he comes across with respect as a decent man). Lanza was chosen for this operation for a reason, and it was nothing to do with his allegedly being a pupil at Sandy Hook.

Some one in the Administration must have been in the loop. We may get a clue as to who it was over the next few years. You would be surprised how much damage being involved in the murder of children can do to the mind of even the most evil man or woman, even if they come from Chicago.

The two shooters who survived will almost certainly have been taken down by their own side already."