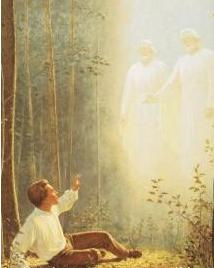 The Secret Beliefs of Mormons

A question of a President's choice of faith returns to public discourse. A Mormon Bishop's daughter reveals secret beliefs held by Mitt Romney in a book, " The Mormon Church Versus the Office of the Presidency of the United States of America". John F Kennedy was Catholic, and at the time, thought a barrier to getting elected. Is this a similar prejudice or is Mormonism different? Better yet, with revelations about the Catholic church and pedophilia, possibly, readers should question either religion in a candidate's background? Author Tricia Erickson writes, "...her main concern is that the leader of the free world have the ability to discern fact from fiction." Erickson also poses the question, "...if the man truly believes he's gonna become a god, would you trust the judgment of somebody like that?" And, a possible reason the public hasn't heard about these "secrets", Erickson said, "they actually had us slashing our guts open and our guts falling to the ground if we told people of the secret dogma of the ceremonies...". Yes, there seems a concern about a Mormon President, but we've already endured presidents whose contact with reality was tenuous at best!