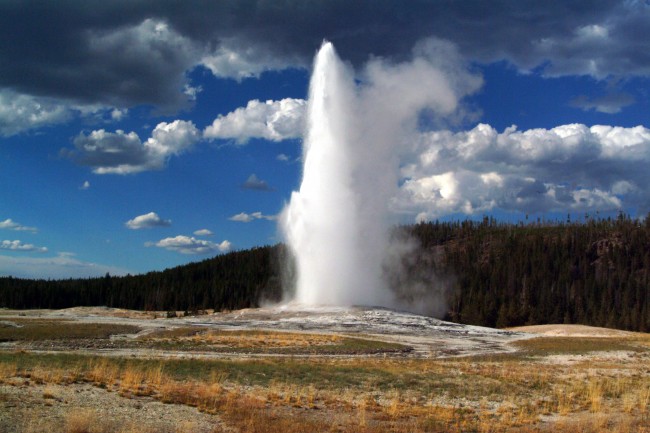 from intellihub.com: A 4.8 earthquake hit the northern part of Yellowstone National Park early Sunday, after a smaller series of shocks occurred throughout the region. This past week has seen a great deal of intense seismic activity worldwide, with hundreds of shocks felt in both California and Chile. The University of Utah Seismograph Stations reported that the earthquake occurred at 6:34 a.m. about 4 miles north-northeast of the Norris Geyser Basin. The university reports it was felt in the Montana border towns of West Yellowstone and Gardiner, both about 20 miles from the epicenter. Since Thursday, there have been at least 25 recorded earthquakes in the area around Yellowstone National Park.