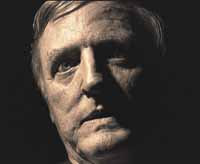 from guardian: Author and conservative commentator William F Buckley Jr has died at age 82. His assistant Linda Bridges says Buckley died on Wednesday morning at his home in Stamford, Connecticut. She says he had been ill with emphysema and was found dead by his cook. Buckley became famous for his intellectual political writings in his magazine, the National Review, and his frequent television appearances, including on his own long-running "Firing Line".