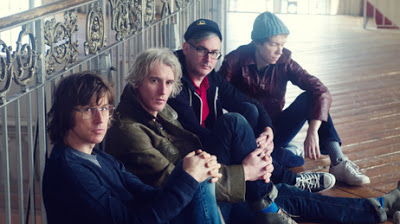 sloan: how to make a band last 20 years

from the record: Four guys. Ten albums. 20 years. The unlikely story of the band Sloan starts in Halifax, Nova Scotia, a college city in eastern Canada's Maritime provinces. It was there where four young musicians — Jay Ferguson, Chris Murphy, Patrick Pentland and Andrew Scott — met and started playing together. "We played our very first show at the Nova Scotia College of Art and Design in Halifax, Nova Scotia, February 1991," Ferguson, one of the guitarists, remembers. "We played in the cafeteria."