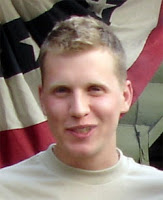 from raw story: A soldier serving in Iraq who is stationed in Baghdad says he has faced “threats” and “intimidation” from his Army superiors – including the possibility of forced inoculations – after he refused to take the military’s controversial anthrax vaccine.

According to Hamre, 22, the military gave him an ultimatum in late June: Either take the mandated six-shot anthrax series or face military punishment. He was given 24 hours to decide.

After conducting several hours of research into the drug and its history of triggering serious adverse reactions, the Minnesota native concluded that the “vaccine was dangerous” and “should probably still be in a lab right now for further testing.”

He decided to refuse it.