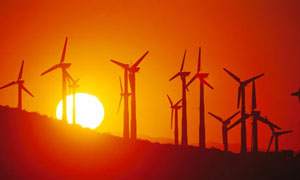 from aljazeera.com: Spain is the first country in the world to draw a plurality of its power from wind energy for an entire year, according to new reports by the country’s energy regulator and wind energy advocacy group Spanish Wind Energy Association (AEE). Wind accounted for 20.9 percent of the country’s energy last year — more than any other enough to power about 15.5 million households, with nuclear coming in a very close second at 20.8 percent. Wind energy usage was up over 13 percent from the year before, according to the report.