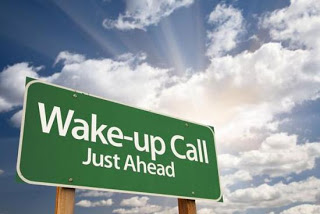 Zen Gardner writes in recent article, "Why The Globalist Agenda Is Backfiring," about positive reasons to hang in there and endure the world oligarchs' engineered econo-crash! Gardener implies the human dilemma, can indeed, be paradoxocal!  The devilish-in-appearance Zbigniew Brzezinski is quoted to make clear the course an average person can expect from puppetmasters behind the scenes - AKA, the oligarchs. "'...To put it bluntly: in earlier times, it was easier to control one million people than to physically kill one million people; today, it is infinitely easier to kill one million people than to control one million people,'” coldly accesses Brzezinski!  Gardner expresses his human outrage at the callousness of Brzezinski's statement. "'Infinitely easier.' No options there. This wicked snake is one of Obama’s mentors and current advisers," Gardner aptly describes Brzezinski!

The article includes seven reasons why globalist agenda is backfiring. You'll have to read the article to get the list. The paradox described by Gardner is our main interest here. Our present human dilemma, is described, in a single paragraph:

"When the options and means for living the essentially selfish, materialistic lives we’ve been taught to live start to fall away, people look for meaning in their lives. Many years ago I spoke to a Holocaust survivor in Holland who told me the best years of his life were his internment in a concentration camp. That may sound pretty extreme, but he said life became real to him for the first time. Every day had real meaning and he discovered the power of living in the moment. Friendships he made had profound importance, and most of all he discovered the spiritual side of life and the power of gratitude which he said made it worth it all."

"By any one of us realizing our true potential, and living our lives accordingly, things change radically. We will naturally then influence anyone and anything in our sphere of influence. As others resonate and break free it then grows exponentially. All it takes is a little cooperation with Source, God, the Universe, whatever you want to call It."

Wow! Will 2012 bring the end times or a new beginning? Is it the same thing? The human condition, is indeed, paradoxical. It's a gift Zen Gardner is presenting to you - Merry Christmas!