stakes is high with bush in the middle east

bush criticizes west bank settlements
from guardian: The US president, George Bush, today criticised the presence of unauthorised settlements in the West Bank in his first press conference inside Israel. Standing alongside the Israeli prime minister, Ehud Olmert, Bush was asked about the settlements. He said: "Outposts, yeah, they ought to go."

from guardian: US warships came close to opening fire on Iranian vessels in the Strait of Hormuz over the weekend, the Pentagon said today. The incident followed a series of "aggressive" provocations by five boats believed to belong to Iran's elite Revolutionary Guard.

from ap: Video and audio recordings clearly show Iranian boats confronting U.S. Navy ships in the Persian Gulf, and a voice speaking in heavily-accented English can be heard threatening that the American vessels were going to explode, military officials said Tuesday. The incident, which President Bush denounced Tuesday as a "provocative act," was videotaped by a crew member on the bridge of the destroyer USS Hopper, one of the three ships that faced down five Iranian boats in a flare-up early Sunday.

iran accuses US of faking persian gulf video
from new york times: The Revolutionary Guards in Iran accused the United States on Wednesday of fabricating a video showing Iranian speedboats confronting United States Navy warships in the Persian Gulf over the weekend, according to a report carried by the semi-official Fars news agency and state-run television... 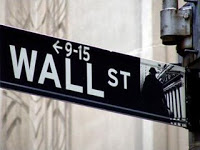 from huffington post: Wall Street fluctuated Monday after the Bush administration warned Iran following an incident involving that country's forces and three U.S. Navy ships in the Strait of Hormuz. Stocks had opened higher amid speculation about future interest rate cuts but pared gains after reports of the administration's comments appeared on news services.

jerusalem lights to go out so bush can enjoy sunrise
from afp: Lights in the Old City of Jerusalem will be turned off before dawn this week so visiting US President George W. Bush can get a better view of the sun rising over its ancient walls. Bush... made a request to watch the sun rise over the Old City from his suite at the King David Hotel... To make the scene more dramatic, the authorities have decided to turn off the lights illuminating the limestone walls before dawn on Thursday and Friday, the spokesman told reporters.

video: after turning out the lights for bush, israel turns up the 'hip hop'
from raw story: During a ceremony at Israeli President Shimon Peres' official residence, Bush was welcomed by schoolchildren waving US and Israeli flags and singing a pop-styled medley of "Hava Nagila" and "Sholem Aleichem." ... While one press account labeled the newer version of "Hava Nagila" as "a hip hop version," another media outlet 'potato-potatoed' it as "disco."

navy fighter jets crash in persian gulf
from guardian: Two U.S. Navy fighter jets plunged into the Persian Gulf Monday, after what initial reports suggest was a mid-air collision, a defense official said. All three pilots ejected safely from the planes and were headed back to the USS Harry Truman, the aircraft carrier they were operating from, according to the official, who requested anonymity because the information was preliminary and not yet released publicly. No other details or the crash were released.