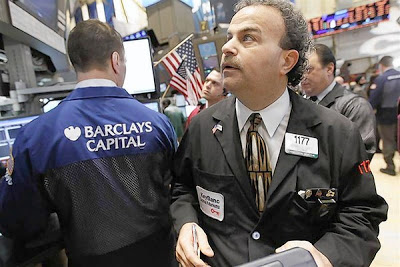 from reuters: Stocks rose on Tuesday, with the Dow briefly topping 13,000 for the first time since May 2008 after Greece secured a bailout to avoid a March default, but gains were limited as investors had priced in expectations of a deal. Signs of improvement in the economy and stabilization of Europe's debt crisis have driven the Dow more than 20 percent since late last year, while the S&P has climbed more than 8 percent so far this year. Euro zone finance ministers agreed on a 130-billion-euro ($172 billion) rescue for Greece to avert an imminent chaotic default after forcing Athens to commit to unpopular cuts and private bondholders to take bigger losses. "This is the most solid agreement Greece has had, with actual money behind it, and that makes the market optimistic," said Phil Flynn, senior market analyst at PFG Best in Chicago.