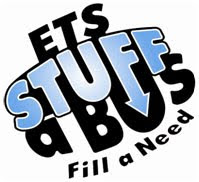 from inews880: The Edmonton Food Bank still has a long way to go in its goal of raising 225,000 kilograms of food for the Christmas and Festive Campaign, but the ETS Stuff a Bus campaign has sure helped out. Food Bank Executive Director Marjorie Bencz says they spent several hours unloading over 20,000 kilograms of food from 13 busses Saturday night. “We had a great team of youths helping us out,” remarked Bencz. “We really appreciated their support because it’s quite a bit of work. We have to hand-bomb the food from the busses into the Food Bank warehouse.” Bencz says they also received $14,000 in monetary donations, which matches the total the last time around. Last year, the Stuff a Bus campaign raised almost 35,000 kilograms of food, but Bencz says this year’s event was a few days shorter.