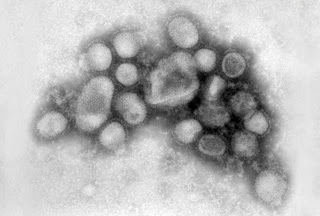 UPDATE: swine flu pandemic has begun, 1st in 41 years [jun11]
from ap: The World Health Organization declared a swine flu pandemic Thursday — the first global flu epidemic in 41 years — as infections in the United States, Europe, Australia, South America and elsewhere climbed to nearly 30,000 cases. The long-awaited pandemic announcement is scientific confirmation that a new flu virus has emerged and is quickly circling the globe. WHO will now ask drugmakers to speed up production of a swine flu vaccine, which it said would available after September. The declaration will also prompt governments to devote more money toward efforts to contain the virus.

from presstv: The WHO says it is preparing governments and the public for a swine flu pandemic announcement - the first full-blown flu pandemic in 41 years. The World Health Organization has an influenza warning system in which reaching phase six means that a pandemic has arrived. In recent days the United Nations agency has moved closer and closer to such a declaration. "On the surface of it, I think we are in phase 6," or a pandemic, said Margaret Chan, director-general of the WHO. "The decision to make a phase 6 announcement is a heavy responsibility, a responsibility that I will take very seriously, and I need to be convinced that I have indisputable evidence," she said. According to the latest update by the health organization, the pandemic alert is at phase 5 of a 6-level pandemic alert scale. Phase 5 is characterized by human-to-human spread of the virus into at least two countries in one WHO region. While most countries will not be affected at this stage, the declaration of phase 5 is a strong signal that a pandemic is imminent. Phase 6, the pandemic phase, is characterized by community level outbreaks in at least one other country in a different WHO region in addition to the criteria defined in phase 5. The H1N1 virus has spread to 73 countries and the WHO confirmed 25,288 cases of influenza A-H1N1 infection, including 139 deaths.

melbourne, swine flu capital, could force who to declare pandemic

wmd panel criticizes obama plan to fund swine flu vaccine
from washington post: President Obama's contingency plan to help finance production of a swine flu vaccine with funds set aside to develop defenses against biological attacks would weaken the nation's preparedness for terrorism, the leaders of a bipartisan commission on weapons of mass destruction said yesterday. The White House asked Congress on Tuesday for authority to spend up to $9 billion more for an H1N1 flu vaccine and other preparations against the novel flu strain that first appeared in April. Of the total, the administration asked Congress to provide $2 billion in "contingent" funding. Another $3 billion could come from the Project BioShield Special Reserve Fund, created in 2004 to field countermeasures against nuclear, biological or chemical threats; $3.1 billion from stimulus funds appropriated to spur economic recovery; and $800 million from the Department of Health and Human Services. "Using BioShield funds for flu preparedness will severely diminish the nation's efforts to prepare for WMD events and will leave the nation less, not more, prepared," the commission's chairman, former senator Bob Graham (D-Fla.), and vice chairman, former senator James M. Talent (R-Mo.), wrote to Obama in a letter sent yesterday and in another dated Wednesday to his budget director, Peter Orszag. 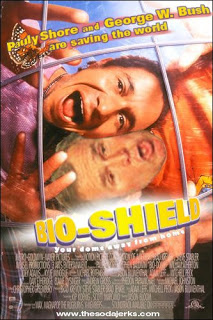 from stephen lendman: At least three US federal laws should concern all Americans and suggest what may be coming - mandatory vaccinations for hyped, non-existant threats, like H1N1 (Swine Flu). Vaccines and drugs like Tamiflu endanger human health but are hugely profitable to drug company manufacturers. The Project BioShield Act of 2004 (S. 15) became law on July 21, 2004 "to provide protections and countermeasures against chemical, radiological, or nuclear agents that may be used in a terrorist attack against the United States by giving the National Institutes of Health contracting flexibility, infrastructure improvements, and expediting the scientific peer review process, and streamlining the Food and Drug Administration approval process of countermeasures." In other words, the FDA may now recklessly approve inadequately tested, potentially dangerous vaccines and other drugs if ever the Secretaries of Health and Human Services (HHS) or Defense (DOD) declare a national emergency, whether or not one exists and regardless of whether treatments available are safe and effective. Around $6 billion or more will be spent to develop, produce, and stockpile vaccines and other drugs to counteract claimed bioterror agents. 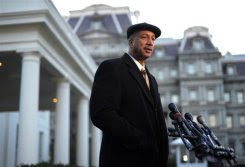 from afp: New Orleans Mayor Ray Nagin, who had been due in Australia for a speaking engagement, instead remained in quarantine in Shanghai on Wednesday over a swine flu scare, his spokesman said. Nagin, who was detained Sunday after a fellow passenger on his flight fell ill with a suspected case of swine flu, has missed several meetings in the Chinese business hub since being quarantined, spokesman James Ross told AFP. “Mayor Nagin, his wife and executive protection staff are all doing very well. They are feeling fine and they have no symptoms of illness... They remain in very good spirits and are simply looking forward to a speedy resolution.”

who recommends rotavirus vaccine for all children

fda considers psychiatric drugs for kids
from us news & world report: The FDA will decide today if three antipsychotic drugs that are commonly used to treat adults are also safe for use by children. Drugmakers AstraZeneca and Eli Lilly want approval to market Seroquel and Zyprexa for treatment of adolescents with schizophrenia and manic depressive disorder, the Associated Press reports. And Pfizer's experimental drug Geodon, if approved by the FDA, might treat young bipolar patients. Although studies in kids have shown the drugs to be effective when compared to a placebo, some patient and consumer groups are concerned about the medications' long-term effects. Side effects of the drugs include weight gain and high blood sugar. The AP reports that such side effects could increase the risk of developing diabetes. In a December online issue of the Lancet, researchers reported that Seroquel and Geodon, both known as second-generation or atypical antipsychotics, were no more effective than first-generation drugs, which are often cheaper. Only two antipsychotic drugs are currently approved for use in kids. Bipolar disorder and schizophrenia appear to share common genetic causes, according to a study published in a January issue of the Lancet that involved data on 2 million families.