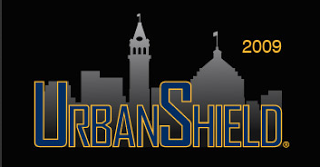 from contra costa times: Armed officers in full battle gear will be scattered throughout the Bay Area this weekend, rescuing hostages, fighting bank robbers and quelling terrorism at the Oakland Airport, Lawrence Livermore Laboratory, the NASA Ames Research Center and 22 other high profile sites. There will be the sound of gunfire and blasts — all part of Urban Shield, one of the biggest domestic terrorism drills in the country. The $1 million, two-day event begins Saturday and will test the training of 27 crack teams from throughout the state, elsewhere in the country and the world...

27 teams? or is it: '25 teams practice emergency response' ... abc probably just confused the number of teams with the number of scenarios ... nothing to see here, move along:

drill may delay travel into fort huachuca wednesday
from azstarnet: Southern Arizona’s largest military installation is testing its anti-terrorism measures on Wednesday, a drill that could make travel there more time-consuming. Fort Huachuca’s force protection exercise may cause hold-ups for traffic entering the installation, an Army news release said. “Visitors to the fort may experience some delays that day,” said the release from spokeswoman Tanja Linton. Those entering the fort should be prepared to present identification and proof of insurance and vehicle registration, she said. Fort Huachuca, about 75 miles southeast of Tucson, is home to the Army’s military intelligence training center.

and, of course, the folks at fort huachuca are big fans of mediamonarchy.com, visiting several times a week ...
now let's catch a bus in orlando: 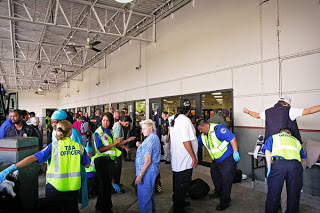 from orlando sentinel: Bryce Williams wasn't expecting to walk through a metal detector or have his bags screened for explosives at the Greyhound bus terminal near downtown Orlando. But Williams and 689 other passengers went through tougher-than-normal security procedures Thursday as part of a random check coordinated by the U.S. Transportation Security Administration. The idea is to keep off guard terrorists and others who mean harm, thereby improving safety for passengers and workers. There was no specific threat to the bus station on John Young Parkway south of Colonial Drive. Although the TSA is best known for its agents at airports, the agency's Visible Intermodal Prevention and Response, or VIPR, teams stage periodic operations at bus and train stations, ports and other transportation centers. They began work in December 2006. Thursday's daylong event was the first at a Greyhound station in Florida, said John Daly, TSA security director for the Orlando region.

and then finally, we jet off to the 'holy' land for some hi-tech & hush-hush wargames w/ everyone's favorite bff's: 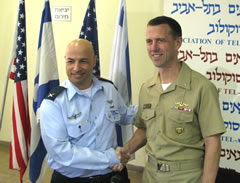 from afp: A massive air defence drill under way in Israel will join Israeli and US systems to create the world's most advanced anti-missile umbrella to protect the Jewish state, officials said on Thursday. The Juniper Cobra 10 exercises, the fifth in a series of joint air defence drills between the allies, began this week and comes amid heightened tension between Israel and arch-foe Iran. Some 1,000 US soldiers will take part in the two-week exercise combining Israeli and US systems to "create the world's most advanced air defence system to protect our citizens and homes from attack," the commander of Israel's Air Defence Corps, Brigadier General Doron Gavish, told reporters. Israeli and US commanders refused to describe the scenarios they are simulating, but said they would practise merging different anti-missile systems that defend simultaneously against long-, medium- and short-range missiles.