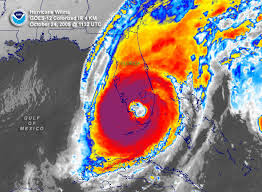 "Here’s another new trend to try to keep our heads and energies working for the projected mass media and its captivating matrix.

I guess they might as well name them since they’re all basically creations of the geoengineering weather department. Besides, give ‘em a personality and you can drive up ratings as well as scare the crap out of people more easily.
Just for starters.

Label everything you can, boys. Makes you feel in charge I guess. After all, they make up names for nonexistent health conditions and deliberately induced diseases and contrived social phenomena. They also create empowered-sounding scenarios for continual war, with Operation “Kill Everything” to glamorize death and destruction. And look at the strangely named government programs and departments they create out of thin air to sexify control and bureaucracy, as well as promote the “security” and surveillance agencies to monitor, track and police anything that moves.
It’s all a power play. And an age old, occult oriented one at that.

What’s In A Name? Are there Occult or Hidden Influences?

A whole lot is in a name.  Besides classifying the objectified thing or concept under a concept or image with an intended inference or manageable meaning, names have serious psychological and spiritual significance. Remember “name calling” as a kid? Why was that so effective? A kind of primordial weapon, but somehow we knew how powerful names were.
Naming something or someone gives a sense of dominion.

“A common concept in history is that knowing the name of something or someone gives one power over that thing or person. This concept occurs in many different forms, in numerous cultures—in ancient and primitive tribes, as well as in Islamic, Jewish, Egyptian, Vedic, Hindu, and Christian traditions. The strength of this belief varies, and there are certainly exceptions to it. Nonetheless, the persistence and historical continuity of the linking of naming and power are unmistakable.
… In all these cases, naming something or someone is seen as the exertion of dominion over that thing or person.” (Source)

This is also part of the reason they name aggressions and war programs. It gathers spiritual focus and momentum. You can apply this across the entire board of our matricized world. We’re led by the nose via false labeling and catchy conceptualizations.
Beware.
Clearly, named societal trends are spiritual at the least. Who knows how these behind the scenes manipulators decide these things, but we know they’re compromised and they’re strangely anti-human. Why reference mythological beings or galactic bodies? What is at work here?

The practice of Naming is one of the most sacred acts in human history. It is the simplest, and one of the oldest, forms of magic. The simple act of giving something a name can make it more solid, or “real”*.  (Source)

So What’s Occult About That?

Occult ironically means “hidden”. I know, what a joke when you start to get to know the Truth about what’s going on around us. But it’s serious stuff in the “known world”.

In common English usage, occult refers to “knowledge of the paranormal“, as opposed to “knowledge of the measurable“, usually referred to as science. The term is sometimes taken to mean knowledge that “is meant only for certain people” or that “must be kept hidden”, but for most practicing occultists it is simply the study of a deeper spiritual reality that extends beyond pure reason and the physical sciences.

In other words, how do other meanings or intentions affect each of us? This is an esoteric study anyone should take on their own, but well worthwhile. The nomenclature of space science is a pure giveaway of their leanings, and you’ll see it throughout all governmental and scientific program labeling.

Can naming storms be a telling symptom of the current man-made geoengineering programs manipulating our weather? Would sure seem to be. If the weather system has a form of personality and is thereby perceived as an entity of some sort, the group affirmation has a great affect over the cooperating populace.

Unbeknownst to them they’re affirming and thereby building the very storm they’re dreading.

Pretty clever. Again, apply that across the board of language manipulation. It’s vast.
Assertion and affirmation via naming is extremely powerful.

In modern mathematics, the naming theme emerges in different ways. The great Russian-French mathematician Alexander Grothendieck—still alive but no longer active as a mathematician—put a heavy emphasis on naming as a way to gain cognitive power over objects even before they have been understood. One observer of Grothendieck’s work wrote, “Grothendieck had a flair for choosing striking, evocative names for new concepts; indeed, he saw the act of naming mathematical objects as an integral part of their discovery, as a way to grasp them even before they have been entirely understood.” Mathematicians often observe that, on the basis of intuition, they sometimes develop concepts that are at first ineffable and resist definition. These concepts must be named before they can be brought under control and properly enter the mathematical world. Naming can be the path toward that control. (Ibid above)

Just look at the NASA programs and the occult names of all their jets, rockets, and space debris. Or the names for the the oil drilling fields in the Gulf of Mexico and elsewhere. It’s all over today’s occult science.

The Weather Channel – In the Know and in the Tank

We can’t trust anything out there anymore. If there is a rogue outfit they put it out of business or buy it up anyway. We’re a long way down the tubes people. That the weather can not just be manipulated, but falsely reported as part of the charade, is way beyond most people’s sleepwalking cycle. That’s why such intense secrecy, or serial denial really, over the chemtrail program is in place.
If people would wake up to just that one reality the floodgates to truth would burst open.
But get there people soon will. One way or the other people will be brought to know the horrific truth about our controlled captivity and their deliberate destruction of the planet and its inhabitants…except for their chosen few..themselves.
Oh what a shock they’re in for.

So when the weather channel starts parroting new phrases, labels and memes we need to pay attention. Same with other media organs. They’re leaving a trail right back to their own perfidy and displaying in new ways what their agenda is and how it’s designed to affect the population. And that’s precisely why we need to call them out on it.
The one rival to the Weather Channel, ACCU weather, didn’t take well to this ploy and said so;

“In unilaterally deciding to name winter storms, The Weather Channel has confused media spin with science and public safety. We have explored this issue for 20 years and have found that this is not good science and will mislead the public. Winter storms are very different from hurricanes.” - Dr. Joel N. Myers, AccuWeather

Limp, but at least they tried. No wonder the seriously challenging weatherunderground site was bought up. Sad state of affairs.

We need to all be a heck of a lot more wary.  Much more is at play, so stay conscious.

And tell others. That’s the key."