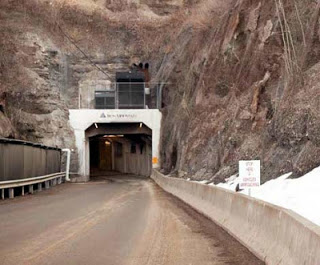 The Report from Iron Mountain

A special study group assembled, in the sixties, to compile a report on feasibility of peace, "The Report from Iron Mountain," remains pertinent.  "The Report from Iron Mountain is a book published in 1967 (during the Johnson Administration) by Dial Press which puts itself forth as the report of a government panel. The book includes the claim it was authored by a Special Study
Group of fifteen men whose identities were to remain secret and that it
was not intended to be made public. It details the analyses of a
government panel which concludes that war, or a credible substitute for
war, is necessary if governments are to maintain power. The book was a New York Times
bestseller and has been translated into fifteen languages. Controversy
still swirls over whether the book was a satiric hoax about think-tank
logic and writing style or the product of a secret government panel. The
document is a favorite among conspiracy theorists, who are either
unaware or reject the statement made in 1972 by satirist Leonard Lewin that the book was a spoof and that he was its author," informs Wikipedia entry.  The Iron Mountain report, since it mirrors our present reality so well, remains hard to dismiss as a hoax.


A reader - if unable to read entire document - should, at least, read the foreword that provides the report's central message below:

"Lasting peace, while not theoretically impossible, is probably unattainable; even though it could be acheived it would almost certainly not be in the best interests of a stable sociey to achieve it...War fills certain functions essential to the stability of our society, until other ways of filling them are developed, the war system must be maintained--and improved in effectiveness."

"To the general reader, therefore, the substance of the document may be even more unsettling than its conclusions. He may not be prepared for some of its assumptions -- for instance, that most medical advances are viewed more as problems than as progress, or that poverty is necessary and desirable, public postures by politicians to the contrary notwithstanding; or that standing armies are, among other things social-welfare institutions in exactly the same sense as are old-people's homes and mental hospitals."

"He may be less surprised to find that the space program and the 'controversial antimissile missile' and fallout shelter programs are understood to have the spending of vast sums of money, not the advancement of science or national defense, as their principal goals, and to learn that 'military' draft policies are only remotely concerned with defense. He may be offended to find the organized repression of minority groups, and even the reestablishment of slavery, seriously (and on the whole favorably discussed as possible aspects of a world at peace."

"He is not likely to take kindly to the notion of the deliberate intensification of air and water pollution (as part of a program leading to peace), even when the reason for considering itis made clear. That a world without war will have to turn sooner rather than later to universal test-tube procreation will be less disturbing, if no more appealing. But few readers will not be taken aback, at least, by a few lines in the Report's conclusions, repeated in its formal recommendations that suggest that the long-range planning--and 'budgeting" --of the "optimum' number of lives to be destroyed annually in overt warfare is high on the Group's list of priorities for government action."

Is the picture becoming clear? Does this seem like a hoax or our present reality? War as a stabilizing principle to organize our society is undeniable.  The deliberate pollution of our environment seems clear!  The document rings too true!  A professor from the midwest contacted for his input on the report, sought aid to leak it to the public.  Readers should lift their awareness to entertain notion, plans for a managed society aren't intended for the individual's benefit!  It's clear, the individual, is expendable.. An audio version of the report available on You Tube.