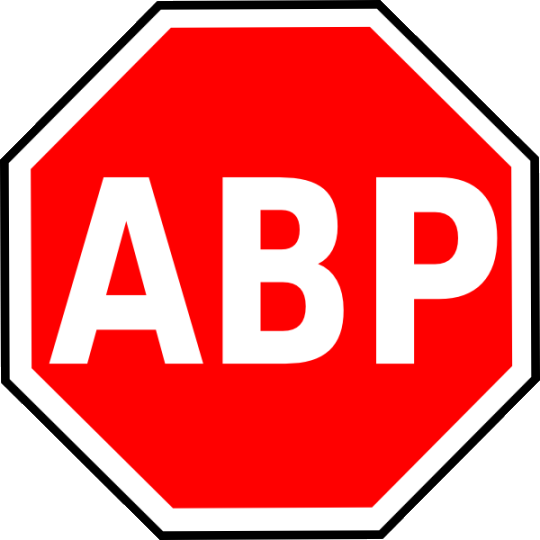 from mondaynote.com: Seeing a threat to their ecosystem, French publishers follow their
German colleagues and prepare to sue startup Eyeo GmbH, the creator of
anti-advertising software AdBlock Plus. But they cannot ignore that, by
using ABP, millions of users actively protest against the worst forms of
advertising.

On grounds that it represents a major economic threat to their
business, two groups of French publishers are considering a lawsuit
against AdBlockPlus creator Eyeo GmbH. (Les Echos, broke the news in this story, in French).

Plaintiffs are said to be the GESTE and the French Internet Advertising Bureau.
The first is known for its aggressive stance against Google via its
contribution to the Open Internet Project. (To be clear, GESTE said they
were at a “legal consulting stage”, no formal complaint has been filed
yet.) By his actions, the second plaintiff, the French branch of the
Internet Advertising Bureau is in fact acknowledging its failure to tame
the excesses of the digital advertising market.

Regardless of its validity, the legal action misses a critical point.
By downloading the plug-in AdBlock Plus (ABP) on a massive scale, users
do vote with their mice against the growing invasiveness of digital
advertising. Therefore, suing Eyeo, the company that maintains ABP, is
like using Aspirin to fight cancer. A different approach is required but
very few seem ready to face that fact.

I use AdBlock Plus on a daily basis. I’m not especially proud
of this, nor do I support anti-advertising activism, I use the
ad-blocker for practical, not ideological, reasons. On too many sites,
the invasion of pop-up windows and heavily animated ad “creations” has
became an annoyance.

A visual and a technical one. When a page loads,
the HTML code “calls” all sorts of modules, sometimes 10 or 15. Each
sends a request to an ad server and sometimes, for the richest content,
the ad elements trigger the activation of a third-party plug-in like
Adobe’s Shockwave which will work hard to render the animated ads. Most
of the time, these ads are poorly optimized because creative agencies
don’t waste their precious time on such trivial task as providing clean,
efficient code to their clients. As a consequence, the computer’s CPU
is heavily taxed, it overheats, making fans buzz loudly. Suddenly, you
feel like your MacBook Pro is about to take off. That’s why, with a
couple of clicks, I installed AdBlock Plus. My ABP has spared me several
thousands of ad exposures. My surfing is now faster, crash-free, and
web pages looks better.

I asked around and I couldn’t find a friend or a colleague not using
the magic plug-in. Everyone seems to enjoy ad-free surfing. If this
spreads, it could threaten the very existence of a vast majority of
websites that rely on advertising.

First, a reality check. How big and dangerous is the phenomenon? PageFair,
a startup-based in Dublin, Ireland, comes up with some facts. Here are
key elements drawn from a 17-pages PDF document available here.

Put another way, if your site, or your apps, are saturated with
pop-up windows, screaming videos impossible to mute or skip, you are
encouraging the adoption of AdBlock Plus — and once it’s installed on a
browser, do not expect any turning  back. As an example of an unwitting
APB advocate:

Eyeo’s AdBlock Plus takes the advertising rejection in its own hands — but these are greedy and dirty ones. Far from being the work of a selfless white knight, Eyeo’s business model borders on racketeering. In its Acceptable Ads Manifesto, Eyeo states the virtues of what the company feels are tolerable formats:

Who could disagree? But such blandishments go with a ruthless business model that attests to the merits of straight talk:

We are being paid by some larger
properties that serve non-intrusive advertisements that want to
participate in the Acceptable Ads initiative.


Whitelisting is free for all small and medium-sized websites and
blogs. However, managing this list requires significant effort on our
side and this task cannot be completely taken over by volunteers as it
happens with common filter lists.


Note that we will never whitelist any ads that don’t meet these
criteria. There is no way to buy a spot in the whitelist. Also note that
whitelisting is free for small- and medium-sized websites.
In addition, we received startup capital from our investors, like
Tim Schumacher, who believe in Acceptable Ads and want to see the
concept succeed.

Of course, there is no public rate card. Eyeo doesn’t provide any
measure of what defines  “small and medium size websites” either. A 5
million monthly uniques site can be small in the English speaking market
but huge in Finland. And the number of “larger properties” and the
amount they had to pay to be whitelisted remains a closely guarded
secret. According to some German websites, Eyeo is said to have snatched
$30m from big internet players; not bad for a less than 30 people
operation (depending of the recurrence of this “compliance fee” — for
lack of a better term.)


There are several issues here.

One, a single private entity cannot decide what is acceptable or not for an entire sector. Especially in such an opaque fashion.

Two, we must admit that Eyeo GmbH is filling a vacuum created by the
incompetence and sloppiness of the advertising community’s, namely
creative agencies, media buyers and organizations that are supposed to
coordinate the whole ecosystem (such as the Internet Advertising
Bureau.)

Three, the rise of ad blockers is the offspring of two major trends: a
continual deflation of digital ads economics, and the growing reliance
on ad exchanges and Real Time Bidding, both pushing prices further down.

Even Google begins to realize that the explosion of questionable advertising formats has become a problem. Proof is its recent Contributor program that proposes ad-free navigation in exchange for a fee ranging from $1 to $3 per month (read this story on NiemanLab, and more in a future Monday Note).

The growing rejection of advertising AdBlock Plus is built upon is
indeed a threat to the ecosystem and it needs to be addressed
decisively. For example, by bringing at the same table publishers and
advertisers to meet and design ways to clean up the ad mess. But the
entity and leaders who can do the job have yet to be found.