The Rothschild They Murdered 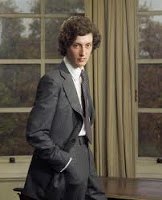 Amschel Mayor James Rothschild died in 1996 under suspicious circumstances, discovered in a Paris hotel bath – an apparent suicide. Henry Makow suspects in recent article, “The Rothschild They Murdered,” that “…Rothschilds appear to have a secret compact. Each member of the dynasty will die if he refuses to advance the plan for the subversion and enslavement of the human race outlined in “The Protocols of Zion.” Makow believes Amschel Rothschild, was simply, too nice and became an obstruction. Do the Illuminati eliminate their own when the necessity arises?