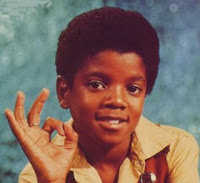 The present writer formerly viewed Michael Jackson as simply another Hollywood/Celebrity degenerate pedophile. Views changed when onion peeled back, to learn, Jackson was mostly a victim from his earliest days! A brief but enlightening blog entry, “The True Meaning of 666,” teaches reader more in a single paragraph than in some books:

“The True Meaning of ‘666’ [Photo: Monarch Mind Control Victim Michael Jackson gives 666 hand sign]. In Occult Numerology, or, Gematria, all numbers except 11 are reduced to a single digit. 6+6+6 = 18. 1 plus 8 equals 9. The number 9 is considered the number of man in a bound state of base, ego consciousness without the ability to ascend. This is because when you add any number to 9 the result will always the same – example 9 plus 5 equals 14. 1 plus 4 equals 5. The same for multiplication. When you multiply 9 by any number you get 9. Example 9 time 8 equals 72. 7 plus 2 equals 9. This is symbolic of man stuck in ego, ‘beast’ consciousness, unable to ascend, change or move, always ending back at the place he started.”

The blog entry summarizes Jackson’s life, “…vilified in the media and ritually murdered for going against his programmers.” Was Jackson rendered unable to ascend due to his programming? Or, did Jackson break free of his programming to enjoy some small degree of ascension, when he defied his controllers? The present writer would like to believe Jackson did break the bonds to finally rise above his programming towards the end of his life?