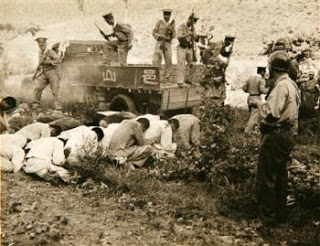 from ap: Grave by mass grave, South Korea is unearthing the skeletons and buried truths of a cold-blooded slaughter from early in the Korean War, when this nation’s U.S.-backed regime killed untold thousands of leftists and hapless peasants in a summer of terror in 1950. With U.S. military officers sometimes present, and as North Korean invaders pushed down the peninsula, the southern army and police emptied South Korean prisons, lined up detainees and shot them in the head, dumping the bodies into hastily dug trenches. Others were thrown into abandoned mines or into the sea. Women and children were among those killed. Many victims never faced charges or trial.