today is ‘wiretap the internet day’ 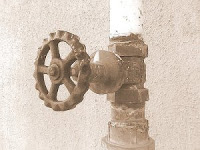 from wired: May 14th is the official deadline for cable modem companies, DSL providers, broadband over powerline, satellite internet companies and some universities to finish wiring up their networks with FBI-friendly surveillance gear, to comply with the FCC’s expanded interpretation of the Communications Assistance for Law Enforcement Act.

Congress passed CALEA in 1994 to help FBI eavesdroppers deal with digital telecom technology. The law required phone companies to make their networks easier to wiretap. The results: on mobile phone networks, where CALEA tech has 100% penetration, it’s credited with boosting the number of court-approved wiretaps a carrier can handle simultaneously, and greatly shortening the time it takes to get a wiretap going. Cops can now start listening in less than a day.

Now that speed and efficiency is coming to internet surveillance. While CALEA is all about phones, the Justice Department began lobbying the FCC in 2002 to reinterpret the law as applying to the internet as well. The commission obliged, and last June a divided federal appeals court upheld the expansion 2-1. (The dissenting judge called the FCC’s position “gobbledygook.” But he was outnumbered.)