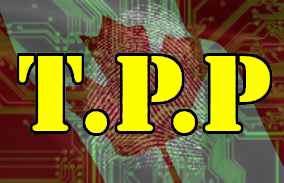 from techdirt.com: Techdirt has written a couple of times
about European sensitivities regarding data protection, in particular
when it comes to privacy rules requiring local storage of personal data.
It turns out that Europe is not alone in its concern that agreements
like TAFTA/TTIP and TISA could jeopardize this approach. An article in
The Tyee points out that two of Canada's provinces -- British Columbia
and Nova Scotia -- have requirements that sensitive personal data must
be stored locally, and that they are likely to fall victim to TPP because the US insists the laws are "non-tariff barriers":

U.S. negotiators are pushing hard to eliminate
national laws in TPP countries that require sensitive personal data to
be stored on secure local servers, or within national borders. This goal
collides with the B.C. Freedom of Information and Privacy Act and
similar regulations in Nova Scotia, which are listed as "foreign trade
barriers" in a 2015 United States Trade Representative (USTR) report.

According to that report, the B.C. privacy laws "prevent public bodies
such as primary and secondary schools, universities, hospitals,
government-owned utilities, and public agencies from using U.S. services
when personal information could be accessed from or stored in the
United States."

Irrespective of your views on whether such local storage requirements
are reasonable or not, what's significant here is that TPP, ostensibly a
trade agreement, may force Canada to repeal local privacy laws. That
fact underlines why the secret nature of the negotiations is profoundly
anti-democratic: matters are being decided behind closed doors that
should rightly be debated openly.

Data flows are just one example: TPP and other "trade" agreements like
TAFTA/TTIP and TISA will have profound implications for many aspects of
everyday life in signatory countries. And yet the public in those
nations will be able to provide almost no input into the negotiating
process, largely on the grounds that the discussions are "just"
technical adjustments to trade rules. Indeed, most people aren't even
aware of what is being done in their name: a recent poll suggests that three in four Canadians have never heard of TPP, so the chances that a massive wave of public outrage might yet save those local data privacy laws are pretty close to nil.