Tracy Twyman on Far Out Radio: Illuminati Influence in Entertainment 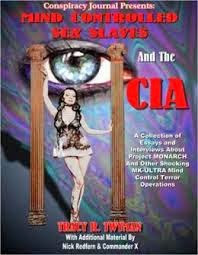 Scott Teeters interviews Tracy Twyman on Far Out Radio, topic discussed mind control in Hollywood. Twyman begins with history how mind-controlled sex slaves are used as primary tool to compromise politicians. The esoteric researcher covers how she became aware of rumors that many Hollywood actors were in reality mind control subjects. With tongue-in-cheek humor (and better there than somewhere else), Twyman shares early interest after graduating from college that resulted in 2001 Hustler article, "The Stepford Whores: Project Monarch and Mind Controlled Sex Slaves." Hustler seems perfect medium, article provides excellent survey of hardcore subject with interesting observations on Condit-Levy affair and former Presidential model Cathy O'Brien. The discussion then moves to Illuminati symbolism in rap and hip hop, Twyman credits Jay Z as a primary source. An interesting observation made, there's no money anymore (anyway, big money) in movies and music according to Twyman, who views mediums as propaganda tools at this point for social engineering. "Teeters interview of Twyman continues into hour 2 here. Twyman, in her attempts to appear grounded, doesn't go the full mile in representing hideous threat. Yes, social engineering consoles those whose need for control overrides everything else, but the element of satisfying sadistic desires, unfortunately, gets minimized.