from independent/cryptogon: Ministers are planning to implant "machine-readable" microchips under the skin of thousands of offenders as part of an expansion of the electronic tagging scheme that would create more space in British jails.

Amid concerns about the security of existing tagging systems and prison overcrowding, the Ministry of Justice is investigating the use of satellite and radio-wave technology to monitor criminals.

But, instead of being contained in bracelets worn around the ankle, the tiny chips would be surgically inserted under the skin of offenders in the community, to help enforce home curfews. The radio frequency identification (RFID) tags, as long as two grains of rice, are able to carry scanable personal information about individuals, including their identities, address and offending record. 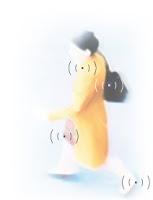 The tags, labelled "spychips" by privacy campaigners, are already used around the world to keep track of dogs, cats, cattle and airport luggage, but there is no record of the technology being used to monitor offenders in the community. The chips are also being considered as a method of helping to keep order within prisons...

One company plans deeper implants that could vibrate, electroshock the implantee, broadcast a message, or serve as a microphone to transmit conversations.

"Some folks might foolishly discount all of these downsides and futuristic nightmares since the tagging is proposed for criminals like rapists and murderers," Ms McIntyre said. "The rest of us could be next."