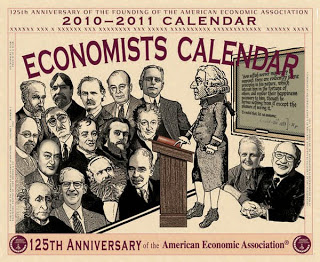 from reuters: A dismal job market, a crippled real estate sector and hobbled banks will keep a lid on U.S. economic growth over the coming decade, some of the nation's leading economists said on Sunday.

Speaking at American Economic Association's mammoth yearly gathering, experts from a range of political leanings were in surprising agreement when it came to the chances for a robust and sustained expansion: They are slim.

Many predicted U.S. gross domestic product would expand less than 2 percent per year over the next 10 years. That stands in sharp contrast to the immediate aftermath of other steep economic downturns, which have usually elicited a growth surge in their wake.

"It will be difficult to have a robust recovery while housing and commercial real estate are depressed," said Martin Feldstein, a Harvard University professor and former head of the National Bureau of Economic Research.