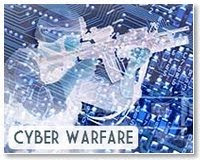 from afp: The US Navy announced Thursday [oct1] it was consolidating intelligence gathering and other data capabilities under a single command in a bid to maintain an increasingly challenged US military supremacy in cyberspace. Naval Intelligence chief Vice Admiral Jack Dorsett said the navy was creating an "Information Dominance Corps" bringing together over 44,000 sailors - including an expansion of the navy's cyberworkforce by about 1,000 people. The move was part of a broader US effort to maintain competitive advantage over adversaries like China. Chief of Naval Operations Admiral Gary Roughead described the cyber world as a "battlespace" where attacks on US security and military systems are unlikely to wane.