US preparing more sanctions against iran over saudi murder plot

will US exploit dubious terror case to attack iran? 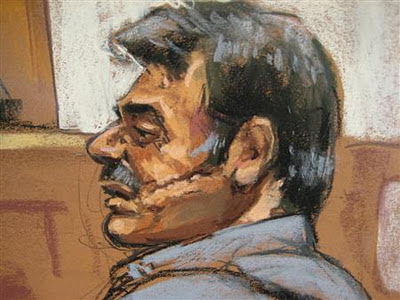 from kurt nimmo: On Tuesday, the Justice Department announced it had uncovered a plot by Iran to enlist a member of a Mexican drug cartel to kill Saudi Arabia’s envoy in Washington, D.C. The FBI and the DEA uncovered the plot, according to officials. The FBI has a long track record of using informers and agents provocateurs to entrap dupes who are then described as dangerous terrorists.

Manssor Arbabsiar, a naturalized U.S. citizen holding an Iranian passport, allegedly arranged for the assassination by contacting a man he thought worked for a Mexican drug cartel, but was in fact a DEA agent. Arbabsiar was arrested on September 29 at New York’s John F. Kennedy International Airport…

Gholam Shakuri, described as Arbabsiar’s contact, has also been charged in connection with the alleged plot but remains at large.

The plot was not Arbabsiar’s idea. It was suggested by the DEA agent, who told Arbabsiar that he would need four men to carry out the assassination and that his price was $1.5 million, according to Channel 6 News.

At the State Department, Hillary Clinton praised what amounted to entrapment. “It was a terrific achievement by our law enforcement and intelligence communities, and we will be consulting with our friends and partners around the world about how we can send a very strong message that this kind of action, which violates international norms, must be ended,” she said.

The U.S. will now use the case to call for more severe sanctions against Iran. The current sanctions are considered weak and unlikely to stop Iran from continuing its nuclear energy program. China, Russia, India and Turkey have resisted more stringent sanctions that endanger business deals with Iran.