US spy satellites to be used on americans 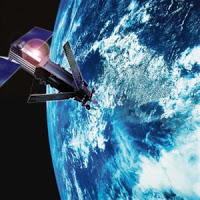 from wall street journal: The U.S.’s top intelligence official has greatly expanded the range of federal and local authorities who can get access to information from the nation’s vast network of spy satellites in the U.S.

The decision, made three months ago by Director of National Intelligence Michael McConnell, places for the first time some of the U.S.’s most powerful intelligence-gathering tools at the disposal of domestic security officials. The move was authorized in a May 25 memo sent to Homeland Security Secretary Michael Chertoff asking his department to facilitate access to the spy network on behalf of civilian agencies and law enforcement.