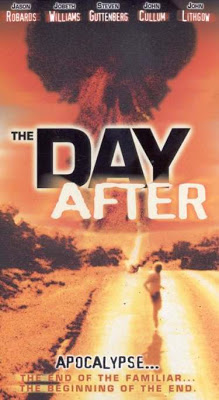 US unprepared for nuclear emergency

from allgov: The federal agency charged with ensuring the nation’s security against disasters admitted last year in a confidential report that the United States is ill-prepared to deal with a significant release of radiation.

Coming on the heels of Japan’s nuclear crisis, the news of the Department of Homeland Security report raises serious concerns about the lack of attention government officials have given to radiation threats, whether it stems from a terrorist attack (such as a “dirty bomb”) or a natural disaster impacting a power plant.

The Homeland Security study found that the health system “can only handle a few radiation injuries at any one time” and that “there is no strategy for notifying the public in real time of recommendations on shelter or evacuation priorities.”

Compounding the lack of preparation is the fact that the federal government two years ago ceased stockpiling potassium iodide, the best-known agent to counter radioactive iodine-induced thyroid cancer in young people.

Another report produced in 2010, from the Council on State and Territorial Epidemiologists, concluded that nearly half of all states have no radiation plan for areas outside federally-mandated nuclear power plant emergency zones. The report also stated that about 85% of officials surveyed said their states could not properly respond to a radiation incident because of inadequate planning, resources, staffing and partnerships.

According to a report in the journal Disaster Medicine and Public Health Preparedness, if a major nuclear bomb were to hit Washington D.C., there would be a need for about 61,000 beds in intensive care units. However, there are only 118,000 intensive care beds in the entire United States and, on any given day, only 9,400 are free.

related updates: ap poll says 25% are 'highly confident' US government is prepared for widespread disaster
US nuclear emergency response plan: "get on the phone really quickly & figure it out"