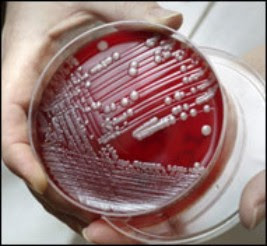 from raw story: A drug-resistant bacteria that is infecting wounded US soldiers in Iraq - and has spread to civilian hospitals in parts of Europe - accidentally evolved in US military hospitals in Iraq, Wired Magazine will report in a massive expose on Monday, RAW STORY has learned.

The several thousand word expose is set to bring uncomfortable new light to the bacteria Acinetobacter baumannii that Pentagon officials previously said was likely a product of Iraqi soil.

"By creating the most heroic and efficient means of saving lives in the history of warfare, the Pentagon had accidentally invented a machine for accelerating bacterial evolution and was airlifting the pathogens halfway around the world," the magazine reveals.