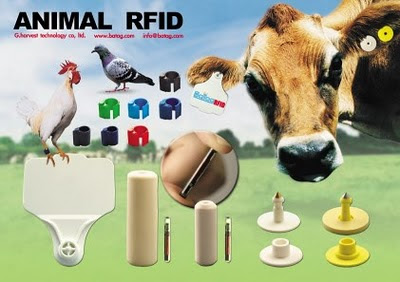 from farmwars: A USDA press release put out yesterday, February 5, 2009, states that implementation of NAIS has been ceased, and instead, Agriculture Secretary Vilsack will opt for a state and tribal-run system. Read this brochure from APHIS: USDA Animal ID Q&A [61kb PDF] … Here is the press release from the USDA site:

“After concluding our listening tour on the National Animal Identification System in 15 cities across the country, receiving thousands of comments from the public and input from States, Tribal Nations, industry groups, and representatives for small and organic farmers, it is apparent that a new strategy for animal disease traceability is needed,” said Agriculture Secretary Tom Vilsack. “I’ve decided to revise the prior policy and offer a new approach to animal disease traceability with changes that respond directly to the feedback we heard.”

The framework, announced today at the National Association of State Departments of Agriculture (NASDA) Mid-Year meeting, provides the basic tenets of an improved animal disease traceability capability in the United States. USDA’s efforts will:

* Only apply to animals moved in interstate commerce;
* Be administered by the States and Tribal Nations to provide more flexibility;
* Encourage the use of lower-cost technology; and
* Be implemented transparently through federal regulations and the full rulemaking process.

“One of my main goals for this new approach is to build a collaborative process for shaping and implementing our framework for animal disease traceability,” said Vilsack. “We are committed to working in partnership with States, Tribal Nations and industry in the coming months to address many of the details of this framework, and giving ample opportunity for farmers and ranchers and the public to provide us with continued input through this process.”

One of USDA’s first steps will be to convene a forum with animal health leaders for the States and Tribal Nations to initiate a dialogue about the possible ways of achieving the flexible, coordinated approach to animal disease traceability we envision. Additionally, USDA will be revamping the Secretary’s Advisory Committee on Animal Health to address specific issues, such as confidentiality and liability.

Although USDA has a robust system in place to protect U.S. agriculture, with today’s announcement, the Department will also be taking several additional actions to further strengthen protections against the entry and spread of disease. These steps will include accelerating actions to lessen the risk from diseases–such as tuberculosis–posed by imported animals, initiating and updating analyses on how animal diseases travel into the country, improving response capabilities, and focusing on greater collaboration and analyses with States and industry on potential disease risk overall.

More information on USDA’s new direction on animal traceability and the steps to improve disease prevention and control is available at http://www.aphis.usda.gov/traceability.