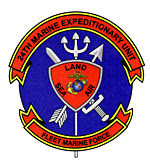 from wdbj: Training for the war on Terror, it happens everyday. And, for the past week about 2,000 Marines have been in Central and Southside Virginia doing just that, training.

Thursday night some Marines took part in a mock terrorist drill in Martinsville. The scenario involved a terrorist group known as the Rocky Mount Resistance. They were hiding out the fictional country of "Mica" at the Dupont plant.

After some Marines spent a couple of days gathering intelligence, they decided to take the terrorists down. Once the "terrorists" were apprehended, Marines flew them back to Fort Pickett for questioning.

from martinsville bulletin: For a few hours Thursday night, the DuPont facility in Henry County was a mock battleground, a site for a large-scale training exercise for Marine 24th Expeditionary Unit from Camp Lejeune in Jacksonville, N.C.

As far as the Marines were concerned, the DuPont facility was an al-Qaida terrorist training camp in the fictional country of Micah, a home to the equally nonexistent Rocky Mount Resistance terrorist group.