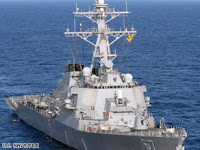 US sends warships to eastern mediterranean

from ap: The U.S. Navy is sending three ships to the eastern Mediterranean Sea in a show of strength during a period of tensions with Syria and political uncertainty in Lebanon. Adm. Michael Mullen, chairman of the Joint Chiefs of Staff, told reporters the deployment should not be viewed as threatening or in response to events in any single country in that volatile region. 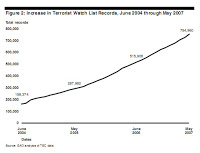 from threat level: The government's centralized terrorist watch list passed the 900,000 name mark this month, according to the ACLU, which estimated the new total by relying on Congressional testimony from the fall that the sprawling list was growing by 20,000 names a month. The report the ACLU relied on to create its Watch List Counter included the following chart demonstrating the clear growth trajectory of the nation's centralized watch lists over the last several years. The Terrorist Screening Center runs the list, accepting nominations of new names from a large range of government agencies.

washington gets a new colony in the balkans

from global research: In evaluating the recent "declaration of independence" by Kosovo, a province of Serbia, and its immediate recognition as a state by the U.S., Germany, Britain and France, it is important to know three things. First, Kosovo is not gaining independence or even minimal self-government. It will be run by an appointed High Representative and bodies appointed by the U.S., European Union and NATO... Second, Washington's immediate recognition of Kosovo confirms once again that U.S. Imperialism will break any and every treaty or international agreement it has ever signed... Thirdly, U.S. Imperialist domination does not benefit the occupied people. 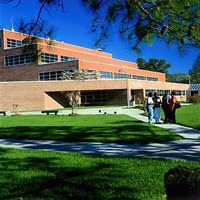 from charlotte observer: Last Friday, an intruder entered a classroom in Moore Hall at Elizabeth City State University and pointed what appeared to be a gun at assistant professor Jingbin Wang. The man ordered students in Wang's American foreign policy class to line up against a wall and threatened to kill the student with the lowest grade-point average. "I was prepared to die," Wang recalled this week. Ten minutes after the siege began, police stormed the class and subdued the intruder. His weapon, it turned out, was red and plastic - a fake. So was the entire incident.