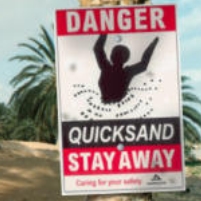 US presence in Afghanistan now longer than Soviet occupation

from allgov: The United States has passed an unfortunate landmark… U.S. troops have now been stuck in Afghanistan longer than was the Soviet Union. As of November 26, the American military matched the length of time that the once mighty Red Army spent in Afghanistan: nine years, 50 days.

The Soviet army withdrew in defeat, having suffered more than 14,000 deaths and more than 50,000 wounded. By comparison, the U.S. involvement has been less costly; 1,403 Americans have died, although that number has been rising rapidly. Half of the U.S. deaths have been in the last two years. About 7.000 Americans have been wounded.

The latest Pentagon “Report on Progress Toward Security and Stability in Afghanistan” paints a bleak picture of the current situation, with violence on the rise, corruption increasingly entrenched and the Taliban gaining strength.

Polls show that the majority of Americans have grown disillusioned with the U.S. presence in Afghanistan. Nonetheless, both President Barack Obama and the Congressional leadership of the Republican Party are committed to keeping American troops in the country until as least until 2014.