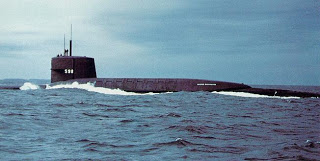 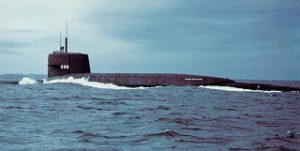 Infowars.com article "Wayne Madsen: China Fired Missile Seen in Southern California" reveals a Chinese nuclear sub most likely traversed a course from its base on south side of Hainan island along South Pacific, where US anti-submarine capabilities are not as strong, to arrive in international waters off of coast of Southern California. KCBS news helicopter cameraman Gil Leyvas, at around 5:00 pm Pacific Standard Time Monday, videotaped the missile plume directly off coast of Los Angeles. "WMR (Wayne Madsen Report) has learned that the missile was likely a JL-2 ICBM, which has a range of 7,000 miles, and was fired in a northwesterly direction over the Pacific and away from U.S. territory from a Jin class submarine. The Jin class can carry up to twelve such missiles... Navy sources have revealed that the missile may have impacted on Chinese territory and that the National Security Agency (NSA) likely possesses intercepts of Chinese telemetry signals during the missile firing and subsequent testing operations." Missile firing follows another incident during military maneuvers in South China Sea, where a Chinese Song Class sub surfaced within firing range of US carrier Kitty Hawk.. The Chinese sub evaded detection by surrounding US ships, running on nearly silent electric motors. The two incidents make strong statements about Chinese capabilities. It seems, a world war draws ever closer?