Since 2005, Media Monarchy has covered the real news about politics, health, technology and the occult - all remixed with music and media that matters.
Home > #CyberSpaceWar, #Monarchives 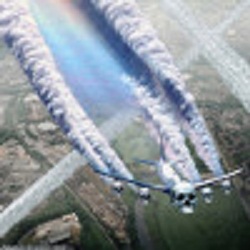 James Corbett interviews Michel Chossudovsky, Rosalind Peterson, Michael Murphy and G. Edward Griffin on subject of chemtrails, geoengineering, environmental modification and weather warfare in episode 237 of Corbett Report Radio. Chossudovsky reminds listeners weather warfare employed as far back as Vietnam War, where US turned Ho Chi Minh Trail to mud and impassable under Operation Popeye. An excellent history of Weather Warfare, is available, at New World War website. In 1996, Air Force released report: "Weather as a Force Multiplier: Owning the Weather in 2025," since cleared to the public, we can only imagine what remains classified? Corbett has it right, we have little idea what weather weapons are available and in use today! Corbett registers surprise in episode at following Yahoo article not being suppressed, "Could Iran's Enemies Really Be Destroying Its Rain Clouds?" The present writer remembers Romania making similar allegations, in 2007, against Russia! Please listen to an important episode, "Weather Warfare Explained," at The Corbett Report.