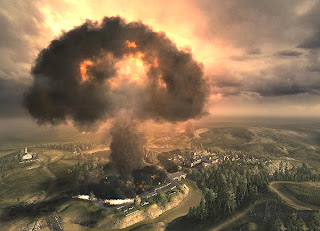 Zen Gardner, at Before It’s News, believes circumstances are set for a false flag event, in other words, “we’re ripe”. Gardner sees, as an ominous sign, Geraldo Rivera’s recent reconsideration of Building 7’s collapse as questionable. “This may seem like a drop in the bucket to some, but when he confesses he wouldn’t listen to anything before and shouted down challengers to the canned govt explanation, and then says he’s now open to the subject, that’s significant. Something’s up.” Gardner compares it to Secretary of Defense Donald Rumsfeld’s press conference on Sept. 10th, 2001 about the missing billions from the Pentagon budget.

Zbigniew Brzezinski, a powerful oligarch, may have revealed the roadmap in a Senate Foreign Relations Committee meeting on Feb. 7, 2007: “then by some provocation in Iraq or a terrorist act in the U.S. blamed on Iran; culminating in a ‘defensive’ U.S. military action against Iran that plunges a lonely America into a spreading and deepening quagmire eventually ranging across Iraq, Iran, Afghanistan, and Pakistan“. Gardner believes so and makes an even stronger case by noting the larger framework, where the world government agenda is stepped up, the plug continues to be pulled on the world economy and restricting world food supplies. We’re ripe!