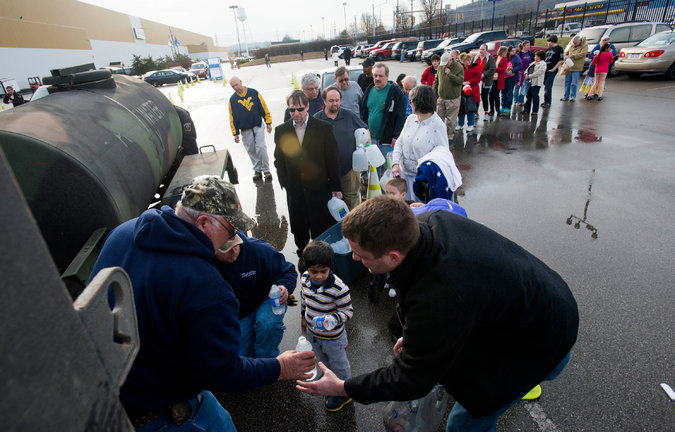 from blacklistednews.com: A West Virginia state official told legislators on Wednesday that he “can guarantee” some residents are breathing in a cancer-causing substance due to the chemical spill that occurred earlier in January.

In a recent meeting with a state legislative committee on water resources, Scott Simonton of the West Virginia Environmental Quality Board said that his tests have detected formaldehyde in water samples contaminated by the recent Elk River chemical spill.

"I can guarantee that citizens in this valley are, at least in some instances, breathing formaldehyde," Simonton said, according to the Associated Press. "They're taking a hot shower. This stuff is breaking down into formaldehyde in the shower or in the water system, and they're inhaling it."

As Simonton noted, the chemical mixture that leaked into the Kanawha Valley’s water supply – a combination of seven substances used to wash coal that’s called “Crude MCHM” – is partly composed of methanol. When this chemical breaks down, it turns into formaldehyde, a carcinogen linked to diseases such as respiratory cancer.