from market watch: Yahoo Inc. on Tuesday settled a lawsuit filed against the Internet company by Chinese dissidents who accused it of complicity in their jailing, according to a court filing.

Yahoo had been sued earlier this year in California by Wang Xiaoning, Shi Tao and Yu Ling for allegedly providing Chinese authorities with personal information that led to Shi and Wang's imprisonment and torture.

In a joint stipulation of dismissal filed in U.S. District Court in Oakland, Calif., on Tuesday, Yahoo and the plaintiffs say they have reached a "private settlement understanding," though they disclosed no details. Yahoo agreed to bear the dissidents' legal costs, according to the filing.

In a prepared statement, Yahoo Chief Executive Jerry Yang said that Yahoo will now provide "financial, humanitarian and legal support" to the jailed dissidents' families. Yahoo said exact terms of the settlement will not be disclosed. Separately, Yang said Yahoo is also now establishing a fund "to provide support to other political dissidents and their families."

rep. lantos to yahoo: morally, you are pygmies 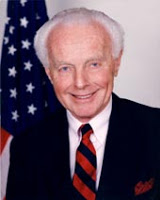 from beta news: In a scene staged for maximum dramatic effect, complete with the mother and family of jailed dissident Shi Tao seated directly behind them, Yahoo CEO Jerry Yang and chief counsel Michael Callahan were grilled yesterday for over three hours by Rep. Tom Lantos (D - Calif.) and his House Foreign Affairs Committee.

"While technologically and financially you are giants," Chairman Lantos reprimanded them, with his face cast down and his eyes peering out like the famous promotional poster for A Clockwork Orange, "morally, you are pygmies."

here is video of the entire 3 1/2 hour hearing:
Yahoo! Inc.’s Provision of False Information to Congress