from threat level: Gangs of thousands of zombie home computers grinding out spam, committing fraud and overpowering websites are the most vexing net threat today, according to law enforcement and security professionals... at the RSA 2008 security conference entitled "Protecting the Homeland: Winning the Botnet Battle," which was marked by a mix of resignation, indignation and post-9/11 rhetoric... Homeland Security chief Michael Chertoff leaned on Estonia as evidence of the need for a federal government "Manhattan Project" for computer security. 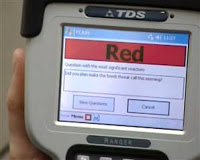 from raw story: The Pentagon is planning to give US troops fighting in Iraq and Afghanistan "hand-held lie detectors" aimed at rooting out potential insurgents and terrorists. But polygraph experts doubt the system's accuracy and Defense Department memos show results of the few tests that were run were manipulated to demonstrate more success with them than was achieved, according to an MSNBC investigative reporter...

The Pentagon, in a PowerPoint presentation released to msnbc.com

(581kb PDF) through a Freedom of Information Act request, says the PCASS is 82 to 90 percent accurate. Those are the only accuracy numbers that were sent up the chain of command at the Pentagon before the device was approved. But Pentagon studies obtained by msnbc.com

(134kb PDF) show a more complicated picture: In calculating its accuracy, the scientists conducting the tests discarded the yellow screens, or inconclusive readings. 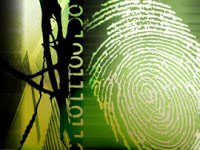 from washington post: Social Security numbers for more than 1,200 participants in a National Institutes of Health study were stored on a stolen laptop containing their medical records, putting those patients at risk of identity theft, agency officials said yesterday... That file included Social Security numbers for at least 1,281 of the 3,078 patients enrolled in the multi-year study, which is sponsored by the NIH's National Heart, Lung and Blood Institute.