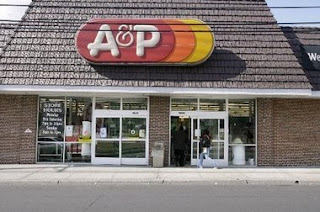 from press of atlantic city: More than 1,000 workers at a grocery distributor in New Jersey could lose their jobs in February in the wake of a bankruptcy filing by supermarket giant A&P. Officials with Woodbridge Logistics say they filed notice earlier this month with state regulators warning that it may have to shut down six warehouses and lay off 1,114 employees in February. The company distributed items for A&P and Pathmark stores across New Jersey. But the operator of those chains, Great Atlantic & Pacific Tea Co., filed for Chapter 11 bankruptcy protection earlier this month. A Woodbridge Logistics spokesman says the Montvale-based operator’s bankruptcy is one of “myriad pressures” facing the distributor. Woodbridge Logistics operates warehouses in New Brunswick, North Brunswick, Dayton and three locations in Woodbridge.