from sally stride: In 1945 dentists set out to prove that adding fluoride chemicals into public water supplies safely prevented children’s tooth decay. The studies failed; but early fluoridationists ignored this inconvenient truth and forged ahead. Now with 2/3 of public water supplies fluoridated, Americans are fluoride overdosed and suffer from fluoride’s toxic effects as cavity rates climb.

In 1955, ten years into the experiment, researchers reported more bone defects, anemia and earlier female menstruation in children purposely dosed with sodium fluoride-laced drinking water (1956 Journal of the American Dental Association). This is the first, and only, fluoridation human health experiment which was carried out on the entire population in the city of Newburgh NY.

How did this happen? 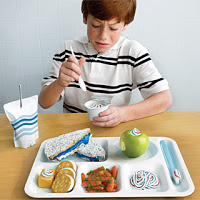 from paul joseph watson: The establishment media will have to find a new tactic with which to ridicule those who oppose the fluoridation of water after a major new Scientific American report concluded that "Scientific attitudes toward fluoridation may be starting to shift" as new evidence emerges of the poison's link to disorders affecting teeth, bones, the brain and the thyroid gland, as well as lowering IQ.

"Outside the U.S., fluoridation has spread to Canada, the U.K., Australia, New Zealand and a few other countries. Critics of the practice have generally been dismissed as gadflies or zealots by mainstream researchers and public health agencies in those countries as well as the U.S. (In other nations, however, water fluoridation is rare and controversial.)"

Click here to find out if your water supply is poisoned with deadly fluoride.