2001: a concert odyssey blasts off in london 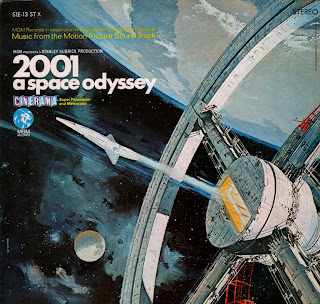 from reuters: Stanley Kubrick’s “2001: A Space Odyssey” made the timpani intro of Richard Strauss’s “Thus Sprach Zarathustra” a cliche for a dramatic entrance and the crescendo of Gyorgy Ligeti’s “Atmospheres” a cult classic. Now fans of one of the most influential soundtracks of all time can hear it in sound that will out-Dolby Dolby for an ambitious programme at London’s Southbank Centre that combines a new print of Kubrick’s 1968 sci-fi masterpiece with a large chorus and full orchestra playing the film music live. “It’s absolute goosebumps,” said Gillian Moore, head of contemporary culture at Southbank, where two concert showings of “2001: A Space Odyssey” will be given next week (April 7 and 8). “It’s like an opera,” added German conductor Andre de Ridder, whose job it is to coordinate the massive forces of the orchestra and chorus with a film that was never meant, unlike some silent films, to have a live musical accompaniment. “I would say it is the perfect marriage of sound, theatre, drama and visual art,” he added — covering all the bases.