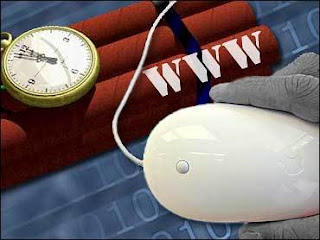 from threat level: It was a year without parallel. Threat Level’s bread-and-butter themes of censorship, hacking, security, privacy, copyright and cyberwar were all represented in tug-of-war struggles with unprecedented outcomes.

Google defeated China’s censors, but caved to corporate censorship in the United States. The largest computer-crime case ever prosecuted ended in the nation’s longest prison term. A small-time Xbox modder who advertised his services online beat the federal rap. And a mysterious computer virus called Stuxnet finally put proof to decades of warnings that malware will eventually be used to kinetic effect in the real world.

A myriad of court decisions seemed to be a boon for online rights, while others clearly were a step backward. The year 2010 saw the rise of the newspaper copyright troll, and judges pushed back on absurd jury verdicts for music file sharing and outdated electronic spying rules.

And a secret-spilling website flirting with insolvency and dissolution suddenly burst onto the world stage. WikiLeaks was without a doubt the biggest 2010 development in Threat Level’s world.